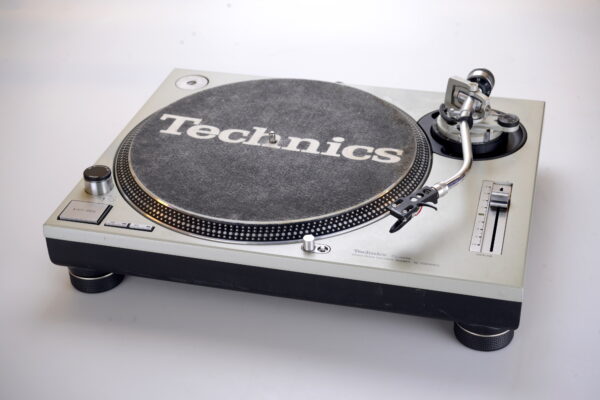 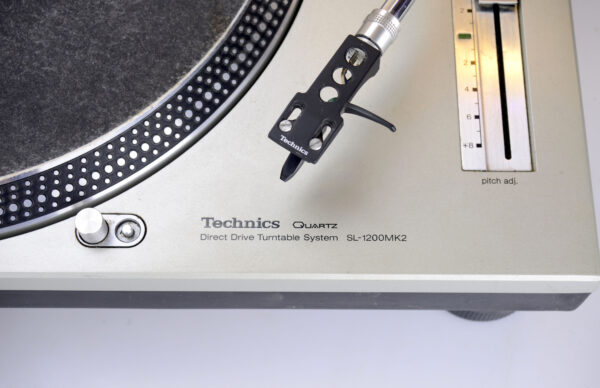 The original Technics SL1200 was introduced in 1972 and featured a servo-controlled direct-drive mechanism and EPA-120 tonearm. The turntable was also available without an arm as the SL-120.

In 1979 the mkII was released with a Quartz Locked Phase control system providing exceptional pitch accuracy and an aluminium diecast cabinet which had a special heavy-duty rubber base to isolate the turntable from external vibration.

The SL-1210 model is virtually identical to the SL-1200 but features voltage selection and is usually finished in black instead of silver.

When Technics introduced the original SL-1200 direct drive turntable several years ago, it made all other turntables seem antiquated in comparison.

It became a strong favourite among audio purists, amateur and professional, and was particularly popular in discos because of its rugged construction, easy handling, high torque and good immunity to feedback.

The mkII represents the next generation, incorporating numerous improvements over the original.

In addition to being quartz-locked, it permits continuous speed adjustment under quartz control, a feature appreciated by disco DJ's who wish to maintain consistent rhythm when changing records.

Its starring torque is high, with the platter reaching speed within 0.7seconds from a standstill.

It also maintains the selected speed better than the original SL-1200.

It should also prove virtually feedback proof because of its special base design.