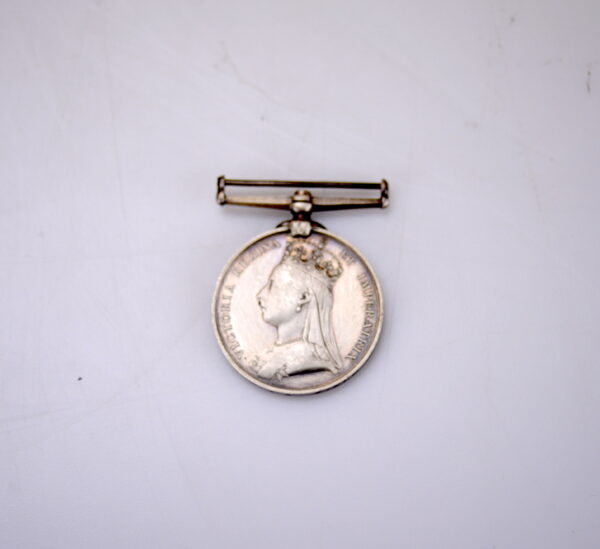 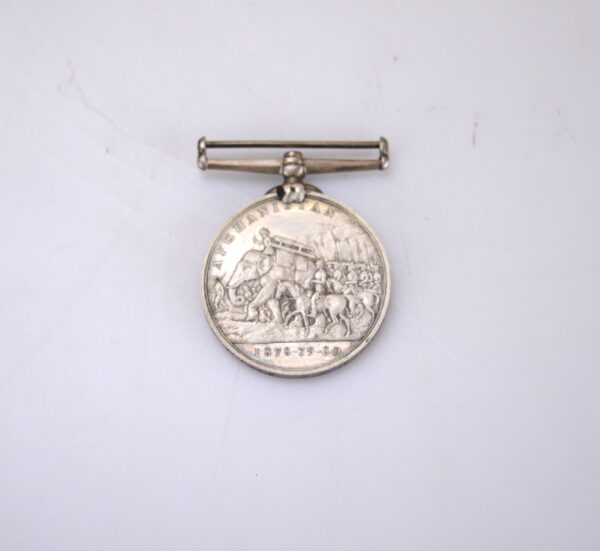 Instituted 19th March 1881 for award to those who served in the Second Afghan War 1878 -1880.
Description:  36mm diameter in silver with a swivelling suspension. Obverse; The veiled and crowned head of Queen Victoria and the legend : VICTORIA REGINA ET IMPERATRIX . Reverse depicts an army column lead by an elephant passing a hill fort. The word AFGHANISTAN is around the perimeter and the dates 1878 – 79 – 80 are in exergue.
Naming engraved: mr g.w. vyse c.e. field engin r